Inflatable Party Magic LLC is helping you take the fun of party games to new and exciting levels with this Jumbo Sized Yard Pong Game with a jumbo wall to go with it..  Jumbo Yard Pong also known as Bucket Ball or Patio Pong is a jumbo outdoor beer pong  game on steroids that is made for hours of fun that you can play anywhere. This game is designed for all ages to enjoy and can be played several different ways.

How to Play Yard Pong 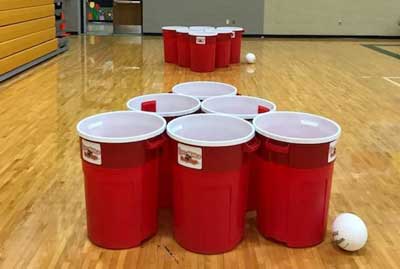